Review of the Hollywood film released on 22nd May 2015. 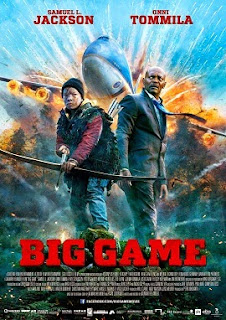 Samuel L. Jackson as President of United States of America is in trouble while on his way to a peace Tour. Air Force One is shot down by terrorists group with the help of Morris, the Secret Service member who orchestrated the attack from on board Air Force One. The President is now on the hands of one 13-year old boy called Oskari (Onni Tommila) in the forest on hunting to prove his maturity. The boy ultimately gets one mission to prove to his kinsfolk that he can be a better Hunter than his Father.
The film has some stimulating moments of fast pace Action plus Adventure, as it’s been very well shot on the wilderness of Finland, though the CGI of the plane crash is mediocre compared to what we see in other Hollywood blockbusters. 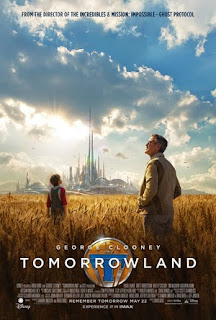 A futuristic themed land called ‘Tomorrowland’ is an alternative for the chosen one who will survive the catastrophes once the world comes to an end. The film canvas is very grand and visually eye-catching. Although the subject remains very cliché and a bit dragging considering the length of the movie being two hour plus.
George Clooney as Frank Walker a grizzled inventor doesn’t delve well into the character what he renders. Mission: Impossible – Ghost Protocol Director Brad Bird seems to be more anxious to show about the solemnity of saving the world rather than adding the elements of Mainstream cinema entertainment which normally is a surefire for a box-office return. 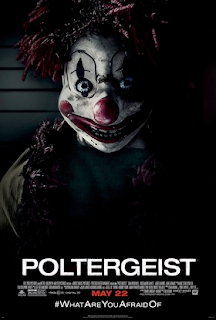 The first of the original when I had seen way back in the early 80’s ‘Poltergeist’ was one shocker in the history of good horror films I had experienced. A nerve wrecking story and a concept which could haunt you for a long time, not to forget it had the best creative brains behind the making and producing Steven Spielberg.
Decades after the same plot and the title is reclaimed to convey the age old story, a family which is under attack from a community of ghost which is called Poltergeist.
The transformation is a mockery and rarely gives you the chills of horror. A pathetic casting and weak performance of the entire cast is one thumbs down tribute to the best film in the history of horror movies.


The magical maker of the Evil Dead series and the original Spider-Man trilogy Sam Raimi also one of the Producers himself of this Movie seems to be not interested in giving his supervision to deliver an exceptional work to the audience.
Posted by http://www.starfriday2012.com/ at Friday, May 22, 2015