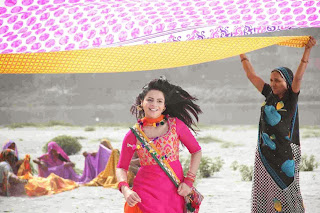 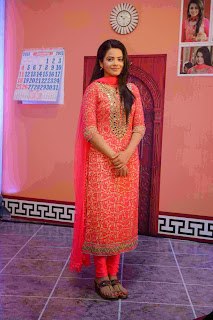 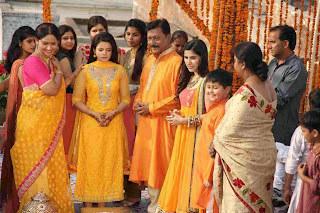 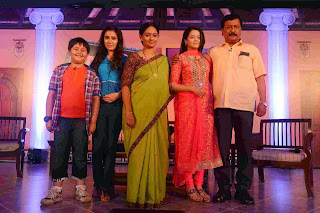 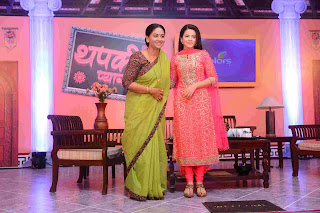 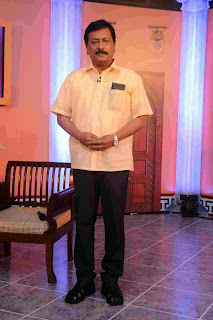 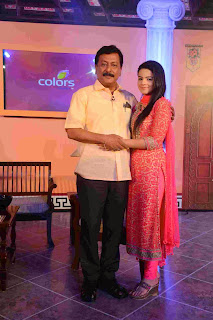 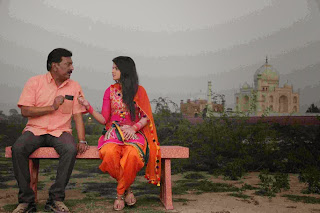 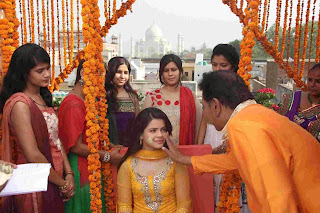 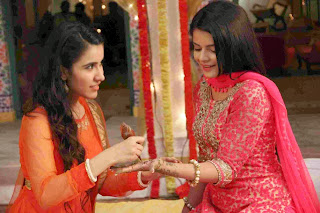 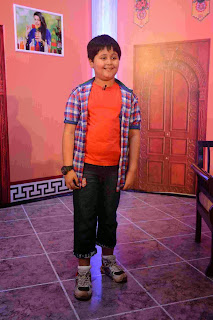 “She was unstoppable, not because she did not have failures and doubts, but because she continued on despite them”

~ Thapki...Pyaar Ki to premiere on COLORS on May 25th, Monday to Saturday at 7PM~

Mumbai, May 20th, 2015:  Survival is not just of the fittest but also of the most resilient and optimistic; no one knows this better than Thapki, the central character of COLORS’ new show Thapki…Pyaar Ki. Thapki…Pyaar Ki traces the journey of an aspiring, perseverant girl, conscious of her strengths and confident that she will be able to face the world, drawing force from her conviction and self-assurance.  Meet Th…th…th…tha...Thapki as she takes you along her bittersweet journey of personal triumphs starting May 25th, Monday to Saturday at 7:00 PM on COLORS.

Thapki’s life is steered by her stammer but she chooses to move forward unperturbed notwithstanding the challenges that life throws at her in every conversation. While the encouraging pat on her back or aThapki that makes her break her stammer and speak fluently becomes her namesake, the name christened by her parents, Vaani, never even registers with the society and only heightens the irony in her life.

Commenting on the newest addition to COLORS’ bouquet, Manisha Sharma, Programming Head – COLORS, says, “Thapki is a light-hearted yet touching story, which will motivate viewers to think that they can go beyond their limitations, and not give up on their dreams. Thapki’s mission in life is to not just survive but to thrive with passion, compassion and humor. The way Thapki’s story progresses and the conversations she has in each episode will evoke viewer empathy while strengthening their emotional connect with her. Through the journey the audience will also applaud the determination with which Thapki moves ahead optimistically to fulfil her dream of becoming a television journalist.”

She further added, “Thapki as a storyline will move viewers away from the stress of their daily routine, tug at their heartstrings and lead them to be inspired all at the same time! As Shastri Sisters moves to the6:30pm timeslot and Thapki takes over, we are confident that our audience will love Thapki’s outlook towards every small and big thing in life.”

Speaking about their first production Thapki… Pyaar Ki for COLORS, Ved Raj from Shoonya Square Productions said, “We have shot extensively in Agra for this show as Taj Mahal forms a very intrinsic part of Thapki life. Thapki’s approach towards life will only make you question the harsh ways of the society and how heartless we are towards people with shortcomings.” Elaborating further, co-producer and writer,Dheeraj Sarna said, “Thapki…Pyaar Ki is an attempt to applaud and admire those people who don’t succumb to defeat due to their shortcomings but win over them and move forward in life.”

The channel has drawn up a robust marketing campaign to generate optimum buzz for the show across all key Hindi Speaking Markets. Each medium including Print, Radio, Cross Channel, Cable, Mobile and DTH will have a customised message to publicise the launch of the campaign. For a high octane visibility on the launch day, the Radio campaign will have Thapki engage with listeners across all major stations while the tune-in ads will encompass all major publications in Delhi, Uttar Pradesh, Gujarat, PHCHP and Madhya Pradesh. An impactful outdoor campaign will include large format billboards, announcements in Railway stations in Thapki’s style and promos running in the Cinema Halls along with some persuasive BTL activities. Contextual promos will be played during IPL in the Hot Star and Star Sports apps.

Watch out for Thapki…Pyaar Ki on COLORS starting May 25, 2015 everyMonday to Saturday at 7PM.