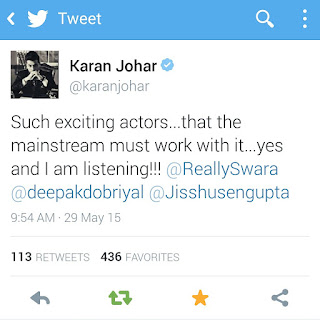 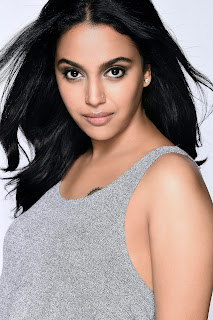 Swara proves to be a scene stealer yet again:

Swara Bhaskar has proven that her talent knows no bounds, not even the length of the role. The talented Raanjhanaa and Listen Amaya actress, was recently seen in her old role as straight speaking Payal in 2015's first blockbuster Tanu Weds Manu Returns.
While Swara's role was brief, it seems her performance and magnetic screen presence has caught eyeballs and appreciation. While Twitterati has been abuzz and fans have written in warmly praising her performance, looks like the royalty of Bollywood has also taken notice.

None other than Karan Johar has tweeted about Swara's performance describing her amongst Bollywood's latest 'exciting actors' who have caught his attention.
He stated that the mainstream must work with this crop and that he too was 'listening'..

Impressive show Swara! We hope you get to listen to some good news from K Jo soon!