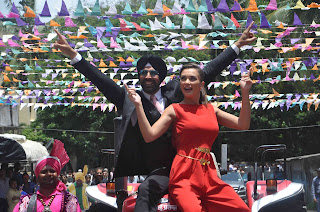 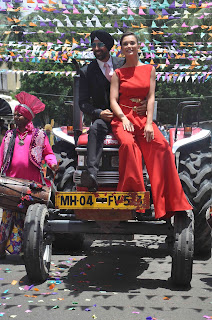 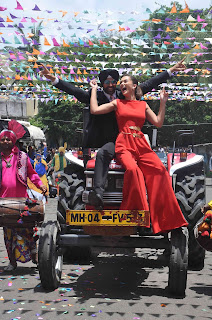 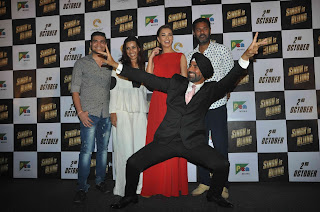 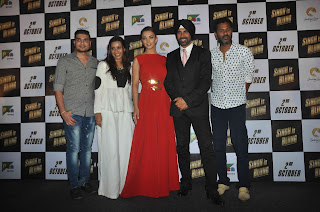 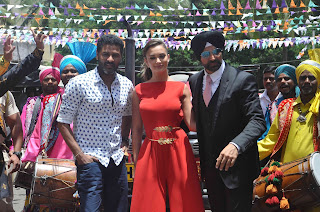 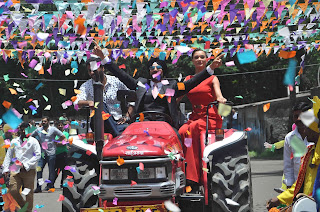 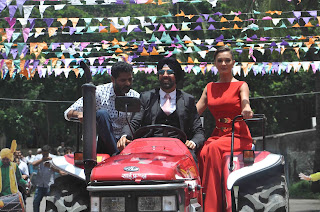 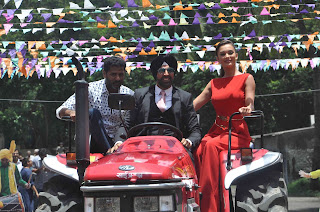 It was a grand trailer launch of Akshay Kumar & Amy Jackson starrer Singh Is Bliing.

Since the film revolves around 'Singh-iri'  the entire theme of the event was a mela theme where we had Director Prabhudeva, Lead Actors Akshay Kumar and Amy Jackson coming on a tractor on their hit song 'Tung Tung'  with dhol and bhangra dancers as well and we had our over own Akshay Kumar driving them.

It was a visual delight as the media was welcomed for the bhangra mela theme trailer launch.

The trailer launch took place at the iconic single screen theatre at Chandan cinema-Juhu , Akshay looked uber cool in a black suit with black turban and Amy complemented him in a beautiful red outfit.

The trailer was loved by one and all present there and we will get to see Akshay Kumar in a light hearted family film after a long time. Also present at the event were producers Dhaval Jayantilal Gada and Ashvini Yardi.