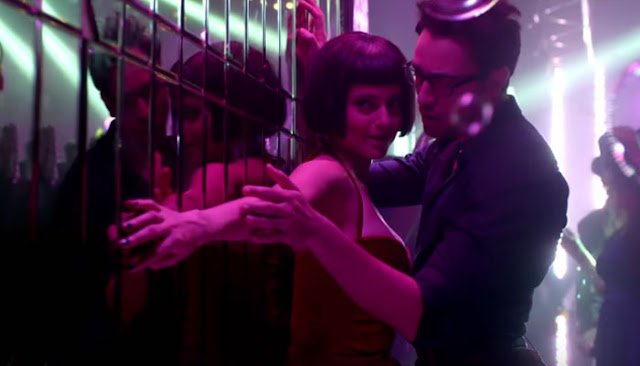 Lots of attention was given to her look and costume in the Sarphira song, which is a peppy party number.The costume designer was asked to create a very different and sharp look for Kangana in that song.

The makers had asked the costume designer to go for Audrey Hepburn style which provided a vintage look, like the 40’s style.

A lot of designs were created for her out of which this one was picked up in the end, as she had come across different from other student characters in the song.

Sheetal Sharma , the costume designer of the film confirmed the news and further added"Kangana's character Payal in the film is that of an art student and hence is very experimental with her clothes."

Kangana had to look in a whacky, free spirited and a party fun mode. Her look is very bohemian and extremely contemporary.Even the colors picked had to be symbolic to happy go lucky bright shades.The look is getting noticed by her fans and audiences and we must say that it has gathered several appreciation!

Her style is very contemporary and sharp at the same time.
Posted by http://www.starfriday2012.com/ at Sunday, August 23, 2015