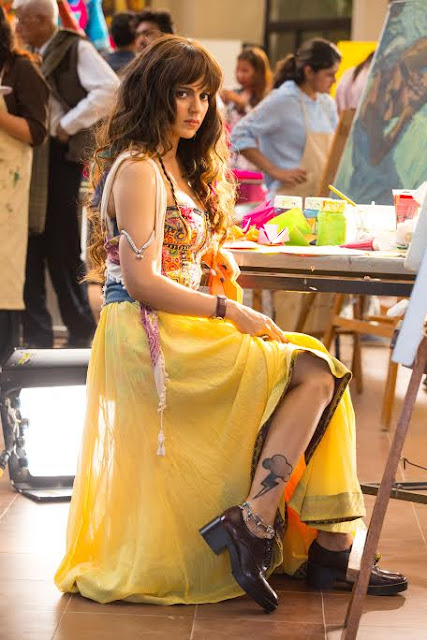 We have seen Kangana Ranaut sport tattoos in real life. This time around, we are also seeing the actress sport a tattoo on screen for her next film, Katti Batti.

Kangana’s character in the film sports a Bijli tattoo which has caught the attention of many. Sources reveal that the tattoo for her character- 'Payal', has been inspired by the actress herself.

The tattoo is symbolic to not just her character in the film but also to Kangana Ranaut in reality.

The tattoo had to be in sync with her character traits and this one was just appropriate. Her character in the film is someone who is very happy go lucky, Bohemian, chic and fun. This is exactly how Kangana is in reality as well.

After some discussion, the Bijli tattoo was finalized and everyone was very happy with the decision.

Spokesperson confirms and adds, "The tattoo designer took inspiration from Kangana to design the tattoo for her character in the film."
Posted by http://www.starfriday2012.com/ at Tuesday, August 18, 2015