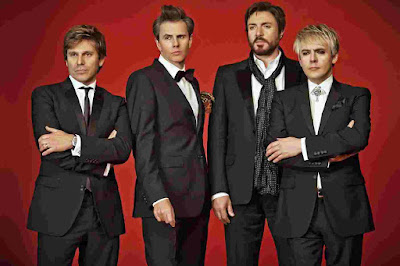 Multi-platinum superstars Duran Duran have announced new studio album, Paper Gods, which will be released in the U.S. on September 18th and in the rest of the world on September 11th.
Paper Gods features special guests Janelle Monáe (on the first single "Pressure Off"), CHIC co-founder Nile Rodgers (also on “Pressure Off”), former Red Hot Chili Peppers guitarist John Frusciante (on “What Are The Chances,” “Butterfly Girl,” “The Universe Alone,” and “Northern Lights,”), Canadian Juno-Award winning singer Kiesza (on “Last Night in the City”), British singer/songwriter/producer Mr Hudson (on “Paper Gods”), Mew vocalist Jonas Bjerre (on “Change The Skyline”), violinist Davidé Rossi (on “Face For Today” and “Pressure Off”), and actress Lindsay Lohan, who provides a spoken-word vocal on “Danceophobia.”


They have placed 14 singles in the top 10 of the UK singles chart and 21 in the billboard hot 100,and sold more than 70 million records till date! This album already seems to be much awaited.