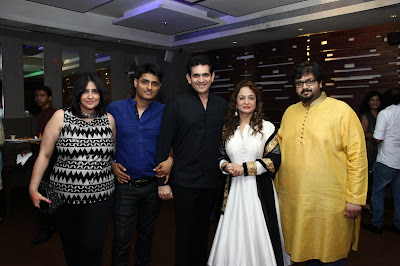 Mumbai, 18th August 2015: The political bahu and owner of a flourishing film and TV production house, Smita Thackeray along with her son Rahul Thackeray will be giving a special tribute to the charismatic hero and an integral part of their family, Shri Balasaheb Thackeray by producing his biopic titled ‘Saheb’.
The strong social activist Smita Thackeray will be producing the film along with Sandeep Sing, , Omang Kumar and Rashid Saeed, creative director Sandeep Singh and will be directed by Rahul Thackeray.‘Saheb’ will be going on floors in mid-2016 and the makers want to release it on Balasaheb Thackeray’s birth anniversary week on January 20th 2017. The leading cast of the movie is yet to be decided.

Confirming the news, Producer and Creative Director of ‘Saheb’ Sandeep Singh said “Yes it’s confirmed; we are looking forward to make a biopic on the great Shri Balasaheb Thackeray.   Being a Bihari, I feel extremely proud to produce this film along with my partners and be the creative director on this biggest biopic ever. He was worshiped like God by all Maharastrians and this will be a tribute to him. He being the most powerful man, making a biopic on him would be incredibly challenging and exciting at the same time”

Sandeep Singh who has co-produced Rowdy Rathore, Ram Leela, Mary Kom, television mega serial Saraswatichandra and now producing a biopic ‘Aligarh’ directed by Hansal Mehta and the much talked biopic ‘Sarabjit’  is all set to produce another biopic ‘Saheb’