Viacom18 Motion Pictures Celebrates The Spirit of Individuality ~ Announces its film ‘TimeOut’ for release on September 25, 2015~ 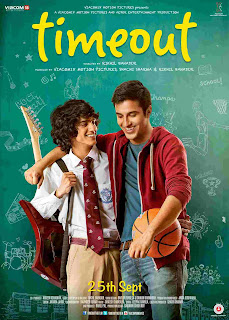 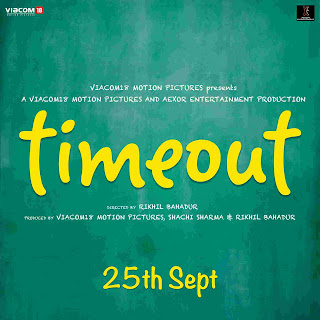 Mumbai: A pioneer of providing Indian Cinema with meaningful content, Viacom18 Motion Pictures announces its new film TimeOut. We are taught to obey the rules from Day 1, whether it’s at home, in school or when you grow up, at work. You are always told what to do. Penned and directed by Rikhil Bahadur, TimeOut is a coming of age story that celebrates the spirit of individuality, showcasing the journey of two teenage brothers and how they come to terms with their individual identities. Featuring new comers Chirag Malhotra and Pranay Pachaur in the lead, the film is slated to release on September 25, 2015.

Director Rikhil Bahadur elaborated saying, “Time Out is a very special film that started its journey as a 12 minute short film.  It's an endearing story of the lives of two teen brothers, their triumphs and tribulations. A film made by a very young team that I am sure will become the voice of the youth in our country!"
TimeOut questions what happens when individual choices are made that are against the norm and the conflict that arises thereon in society. Emphasizing the bond shared by the two brothers, the film showcases a typical teenager’s life that is filled with rebellion and mutiny but acceptance is what one fights for which is the crux of TimeOut.

Catch the trailer on https://www.youtube.com/watch?v=usNK3tbYqnw