~The largest camping music festival in India is back this December at Aamby Valley City~
~ Bacardi EVC 2015 Phase I tickets go live on http://www.evc.co.in/ from 21st September 2015 ~
Mumbai, 22 September 2015: Bacardi Enchanted Valley Carnival, India’s largest camping music festival has announced the sale of its Phase I tickets today. Bacardi EVC 2015 is back this year on the 18th, 19th and 20th of December at Aamby Valley City, Pune with global superstars Tiësto and Fatboy Slim confirmed as headliners in what promises to be the biggest and most exciting festival till date. 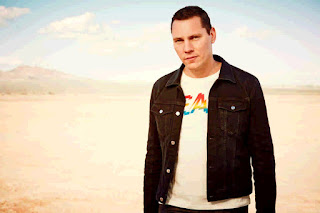 If you haven’t checked out this festival yet, make sure you #JoinTheTribe on 18, 19 & 20 December 2015 at Aamby Valley City, Pune. Tickets to be booked here: http://www.evc.co.in

The new identity of the brand has been designed to build a strong community of fans that shall strive to create, maintain & sustain a sense-of-belonging to the EVC ‘Tribe’. Enchanted Village shall be poised to endorse and facilitate this community through its extravagant camping experience, with the objective of being the most sought after camping brand in the country. Enchanted Village aims to extend its ritualistic nature amongst the fans, rendering an experience across the length & breadth of India’s diverse environmental settings.

Bacardi EVC 2015 establishes itself as the only multi genre electronic music festival in India offering varied genres from electronic music to live genres across trance, house, techno, fusion, and Indie along with other experimental music. Bringing together some of the most electrifying international performers that remain sacrosanct, Bacardi EVC covers a vast spectrum of dance music with the presence of our Indian talent in the line-up.