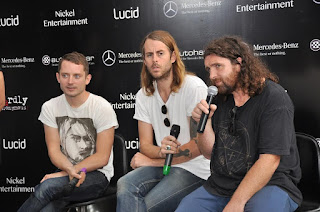 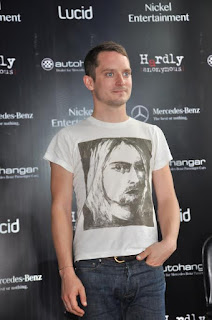 Mumbai, September 3, 2015: Elijah Wood, the well-known lead star of 'The Lord of the Rings' launched his maiden India tour today at the Mercedez Benz Showroom, Andheri West. Alongside being a phenomenal actor, he is also a well-known DJ. He along with his partner, Zach Cowie performs by the name- Wooden Wisdom.With Mumbai being the first city, the duo will be performing at Delhi and Hyderabad as well.

Wooden Wisdom as they are called putspieces of music, but also creates a musical conversation through his words.What makes him different from the other DJsin the west is that Elijah mixes Bollywood music in his tracks. As he believes in standing out from the rest, he has also produced special tracks with famous Bollywood songs for his India tour especially for his Indian audience. Among the legends in the Bollywood industry, Elijah promptly spoke about how he is also a huge fan and follower of AshaBhosleand BappiLaahri.
Topping his to do list while in India, he islooking forward to buy a few records which will help him understand Bollywood music even better. As excited and thrilled as he is for his tour, Elijah says, "I do not plan to go to a costa coffee because I'd prefer 'chai' over it. I'm also very amused by the rickshaws here and plan to travel in them while attending my meetings and parties."Apart from all of this, Elijah also plans to have local food while his stay in India.

Elijah Wood is truly a one of a kind DJ who doesn’t only put together music from different parts of the world but personalizes it with his unique touch.  With so much of talent over-flowing and everyone being in high spirits about his gig in India, his first India tour is truly something to look forward to.
Posted by http://www.starfriday2012.com/ at Friday, September 04, 2015