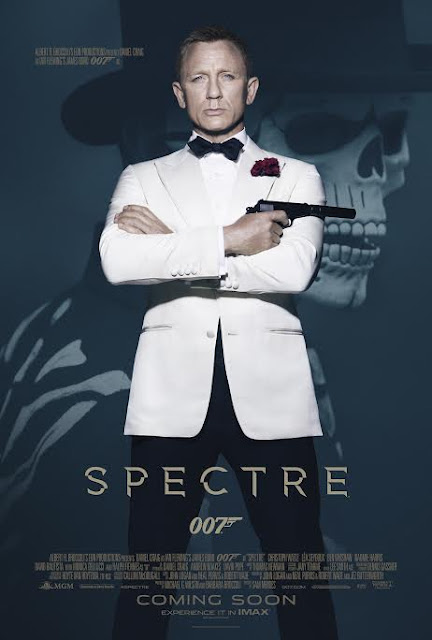 SPECTRE which is now coming to cinemas here onNovember 20.

A cryptic message from the past sends James Bond on a rogue mission to Mexico City and eventually Rome, where he meets Lucia Sciarra (Monica Bellucci), the beautiful and forbidden widow of an infamous criminal.  Bond infiltrates a secret meeting and uncovers the existence of the sinister organisation known as SPECTRE.

As Bond ventures towards the heart of SPECTRE, he learns of a chilling connection between himself and the enemy he seeks, played by Christoph Waltz.
Posted by http://www.starfriday2012.com/ at Friday, September 04, 2015