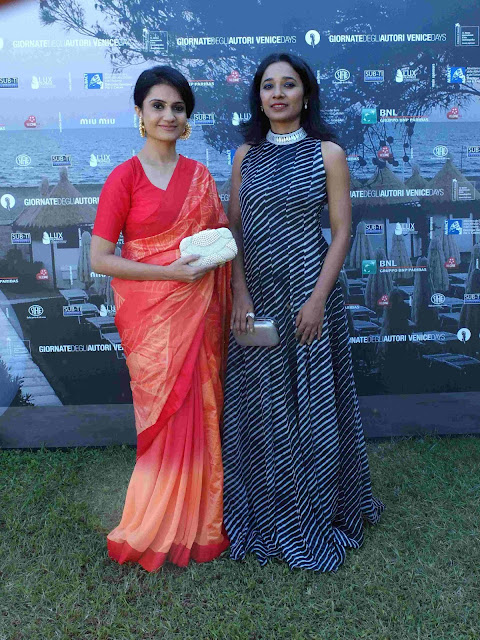 Tannishtha Chatterjee who was at Venice yesterday to attend the 72nd Venice International Film Festival looked stunning in an Anita Dongre gown. The actress has gone to the festival with Ruchika Oberoi's debut film Island City which won the first time best director award called theFedeora award. In the film she plays the protagonist, a simple girl, whose life changes one day when she receives an anonymous letter.

Tannishtha's films were also part of the special screening at the Torronto International Film Festival.
Posted by http://www.starfriday2012.com/ at Sunday, September 13, 2015