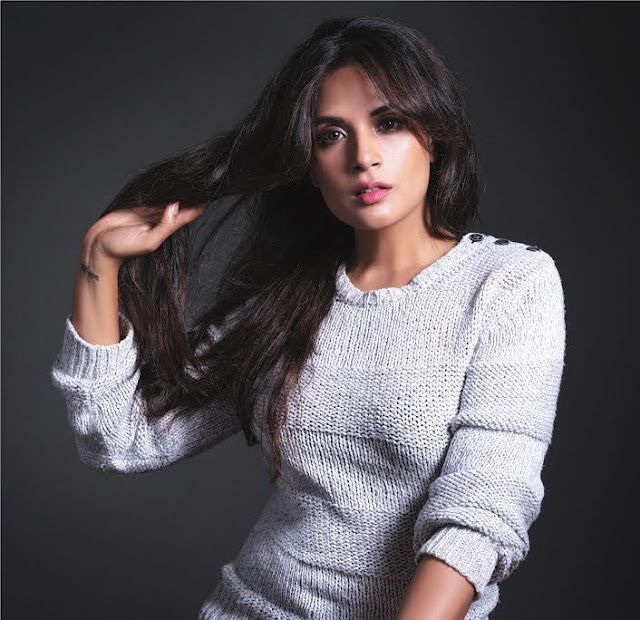 The talented actress is missing the screening of her critically acclaimed movie Masaan at the Busan Film Festival due to her hectic shooting schedule.

While Richa was extremely keen to visit the festival along with her team she has an active shooting schedule on going for Cabaret and she does not want the shoot to go haywire on her account. Richa is shooting her first ever song for her next movie. It’s a sultry number where in Richa will be seen in a costume which will definitely give you goose bumps.  The entire movie is said to have an oomph factor and this is the first dance number the actress is shooting for, said a source close to the unit.  A set is said to be made in a studio in suburbs and Richa is shooting round the clock.

In fact, the ace actor travelled with the movie to Cannes and was in tears when the audience gave the film a standing ovation for about 15 minutes. It was a heartening moment for Richa who has made it into the industry on her own and treated a different path.

She was looking forward to travel to more festivals with the film because she likes to meet people and to know their reaction first hand.

Apart from the screening ; Richa will miss a chance to connect with her mentor Anurag Kashyap who is part of the jury for the New Currents competition in the Asian Film Festival section

Talking on the same Richa says, “ Masaan is a film which is closest to my heart. I took a lot of time to detach the character of Devi from me. Even now im not sure whether I have totally phased that out. Hence not being able to go as a support to festivals like this for a movie of this calibre is rather disappointing. I wish the team of Masaan @ Busaan best wishes.”
Posted by http://www.starfriday2012.com/ at Thursday, October 01, 2015