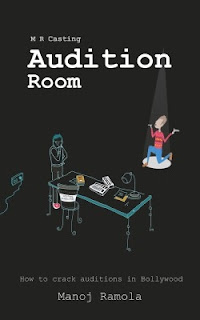 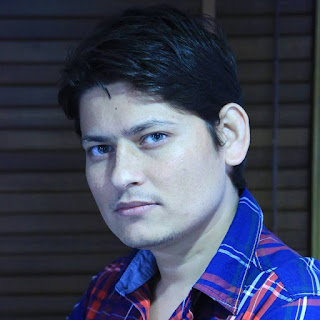 Audition Room: the casting myth buster and what to expect in Tinsel Town

Mumbai, 7th Dec:- Manoj Ramola, ace casting director has compiled his decade long experience as a book- Audition Room with a view to provide in-deph understanding of the glamour world for budding actors. ‘Audition Room’ fills in a huge need gap that millions of aspiring actors stumble upon on an everyday basis while chasing their celluloid dreams.

Bollywood is like a dream land and many come to Mumbai every day to chase this dream. Brimming with passion and will, these ‘strugglers’ are ready to plunge head first into this steeply competitive world. While will and passion is important to crack the code, it is often not enough. An industry that is surrounded with myths and mysticism, more often than not, gives a very ambiguous picture from the outside. The plane vanilla truth is suppressed by juicy gossip and makes belief ideas, fueled with media speculation. Awareness is the first key to success. Casting director and author Manoj Ramola in his book, ‘Audition Room’ has helped bridge the communication gap for strugglers.

Throwing some light on the mysteries and myths of casting, Manoj added, “The only aspect of casting that ever makes it to main stream media is the “couch”. I want to educate people that there is so much more to it.  Casting is a skill set by itself. This is why I have often seen people who are good actors not get the role, where in relatively mediocre actor who understands the process and the brief bag the role.”

Casting and acting are two very separate processes. This book explores the details of how acting is one of the aspects that is needed in an audition room. The book is not meant to teach acting. It is rather the process off utilizing the skill set one posses to bag the role. The book sheds light on the preparation for auditions, understanding the requirements of various mediums, technical, aspects of auditioning and guidance on basic topics like survival in Mumbai, something most people over look before they embark on their journey.

Manoj hails from a small town in Uttarakhand from a conservative military background. He faced his fair share of struggle when he came to Mumbai. “Lack of awareness is the biggest hindrance for a struggler” added Manoj. ‘Audition Room’ is an effort to educate the millions of unassuming youngsters who come into the film industry hoping to make a career. Manoj took it upon himself to shatter the myths and bring clarity to break down the process of casting in his book, ‘Audition room’. The book is bilingual, available in Hindi and English.

Talking about the book, veteran Actor Om Puri said, "When most youngsters come to this town perusing their dream they often don't know what to expect and how to go about it. For many reasons more lies and half truths are floating around and very few facts. "Audition Room" is a refreshing step. It is nice to have a book that can provide some guidance to people giving out clarity on approach and squashing some myths along the way. There are no hard and fast rules in the pursuit of art but some guidance is always welcome. It is much tougher for the young girls who come to the film industry because they are looked upon as easy targets to be lured. I am not saying that the entire industry is like this but then there are few people who are perhaps not even a part of this industry, who will show off contacts here and there to mislead these girls. A book like this will defiantly guide these girls in a proper manner and they will be better prepared to face challenges."
Posted by http://www.starfriday2012.com/ at Tuesday, December 08, 2015