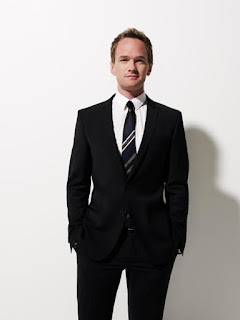 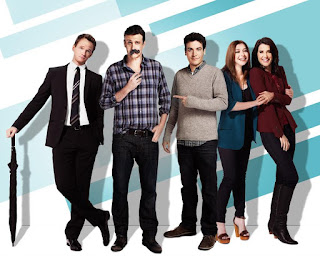 Neil Patrick Harris plays Barney Stinson in the iconic sitcom How I Met Your Mother, which, for the first time, fans in India can watch right from Episode 1 of Season 1 all the way till the last episode of Season 9, weekdays 8,30 pm from Monday 14 Dec on Romedy NOW.


Barney is Ted Mosby's (main character) wingman and friend. He almost always wears suits, is a womanizer and an amateur magician. He is known for saying "Awesome" and "Legend - wait for it – dary!" rather liberally. He often also invents his own High Fives. In real life, Neil is a pretty gifted and accomplished magician. Oh, and fans agree, without exception, that he’s awesome!


The role earned him Emmy nominations every year from 2007 to 2010. In 2012, he won People Choice Awards’ Favorite TV comic actor award for the show. He also bagged the 2009 OFTA (Online Film & Television Association) Television Award for Best Supporting Actor in the comedy series.

INTERVIEW with Neil Patrick Harris, who plays Barney Stinson in How I Met Your Mother, to air weekdays 8,30 pm from Monday 14 Dec on Romedy NOW


Q: How much of yourself is in the character (Barney)?


A: There’s a fair amount. I’m pretty sarcastic and fairly sardonic and I like a good adventure. I’m not quite such an asshole. But, yes I do have a nicer upbringing than Barney did. So, maybe that does have something to do with it. He’s very caustic – in a good way, I suppose.


Q: How do you work on your comedic timing and do you have your own timing that you feel is the right way for you to play the character?


A: Yeah, that’s sort of my process. I’m more of a technician and like to think in my mind of the different ways to say a particular line. We don’t have an audience so we have to sort of pretend that there’s an audience there, and so I’ll often wonder if I was watching the show where the laughs would be and pause a bit for them and not run straight through a line, you know, so that I could imagine if someone is laughing. We also have an editor that puts a lot of stuff together, so between the two of us I end up feeling more technical than anything. But I think a lot of timing is innate...some people can tell a story and get everyone’s attention and some people are good joke tellers so it’s kind of a skill set.


Q: You’ve done theatre, comedy, drama. Is something like a sitcom easy or just work?
A: Comedy’s great. I find it the most difficult of the mediums because it’s so subjective. You have to craft the comedy on a more specific level because, in a sitcom, you are dealing with all sorts of ages and all sorts of types of jokes. On a sitcom, especially with someone as crazy as Barney, you have to make bold choices and try to keep them as well thought out as we can. Drama is a little simpler. You can create your own back story that no one needs to know.


Q: Is it difficult to make someone like Barney or any sitcom character a multi-dimensional person?


A: For sure. You know, that’s our job. They get to write the funny lines and we have to figure out how to make like it’s actually being said by a real person. But the staff writers are keen on the fact that they don’t want an audience to wonder why Ted and the gang even hang out with Barney – if he is such a tool then it doesn’t make much sense. So, they write, every few episodes, they show a glimmer of heart.


Q: So what about you? What sort of life do you lead? You aren’t much of a partier are you?


A: I tend to read and I’m more of a gamester. I like to play games. Whether it’s running charades with a group of people or Sudoku, I’m kind of a games and theory guy - more low key than Mr. Stinson.


Q: What’s “How I Met Your Mother” done for you career-wise? Certainly down here we haven’t seen a lot of you since those Doogie Howser days. As far as a regular sitcom?


A: I don’t really make choices based on how it will definitively affect my career because then you are less in the moment and more trying to create some kind of blueprint. I was lucky to be able to do six or seven years of good theater in New York and smaller projects and I was just as happy then as I am now. (Fans in India can now watch How I Met Your Mother from Season 1 to 9, all episodes, weekdays 8,30 pm from Monday 14 Dec on Romedy NOW)