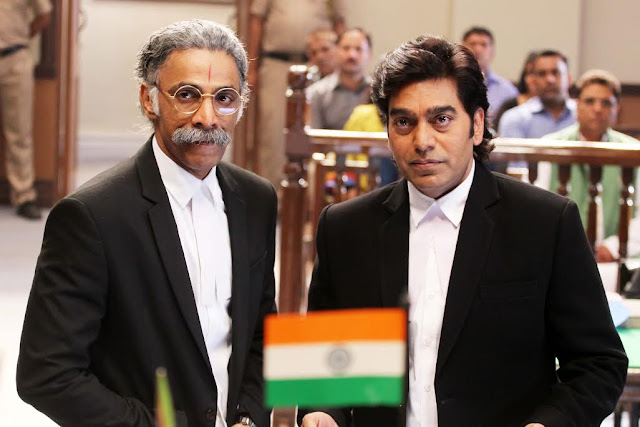 The Chicken Curry Law Parody on the Indian Legal System.


Up coming Hindi film Chicken curry law, is an sensational, thought provoking story of struggle for justice,  it truly depicts  the law fight of a foreigner,  against the  wealthy corrupt citizens, with the help of  common citizens  Story also throws  light on severe social problem of women safety too.   film is directed Shekhar Sirrinn and produced by Shankar Kn, under the banner of  “Seven Hills cine creations”.  Story writing and screenplay are also done by Shekhar Sirrinn.
The name of the film itself sounds funny, but it sarcastically speaks the bitter frustrating truth, that many times, Indian legal system  is misinterpreted by any type of criminals,  to prove themselves innocent, just like  chicken curry goes well  with any type of bread or rice.  Its really worth thinking.
A Russian dancer, Maya has come to India to groom up her career in the Indian entertainment industry. During her journey of success, once, she gets excessively drugged and raped  by two fraudulent men from minister families. Career dreamer, foreigner Maya, turns to a rape victim,  In spite of being foreigner, having no knowledge of Indian legal system, Maya decides to struggle for justice, but our influential system  denies justice to her and names  Maya as a “prostitute”.
Though Maya is a foreigner, , Rama Shinde, who is NGO runner and fighter for the social cause of women victims, decides to help Maya, in her continuing chase for justice,. Rama Shinde  convinces and hires lawyer Sitapatishukla. He is a pav bhaji seller by profession and past as a lawyer. The main attraction of the film is  Sitapati’s fight for Maya’s justice against the politically strong and rich criminal. His genuine frustration and agony on the legal system, will surely awaken  public expressions. Meanwhile, as usual Interference of media, politicians, in judiciary system, is also involved in their justice battle .
However, what is a end result of this vigorous  fight for justice ? do they really become successful ?  Viewers will get all answers, only after watching the film.
The subject of the film is realistic and very much closer to an individual’s everyday life, which will surely attract  a mixed educated audience across all age groups.
Various characters in the film are played by  film industry Famous actors like AshutoshRana, Makarand Deshpande, ZakirHussain , Jaywant wadkar, Natalia Janoszek, Manoj joshi, , Suresh Menon, Ganesh pie etc…
Five songs in the film  are voiced  by renowned film music  singers like Kailash Kher,shalmali kholgade, Shaan, Jagpreet, Shekhar Sirrinn.  Lyrics of these songs are written by Shekhar Sirrinn, Manthan Veerpal, Shabbir Ahmed , where as all these songs  are composed by Shekhar Sirrinn.
Posted by http://www.starfriday2012.com/ at Monday, January 25, 2016