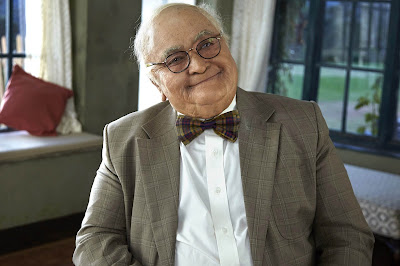 If one says that Rishi Kapoor is a perfectionist then that will be an underrated sentence. Rishi Kapoor spent five hours every day for a month on make up.  And result came out of Rs. 1.5 crore his look right.

Rishi Kapoor is not at all shying away from experimenting with his looks. The actor is playing an 85 year old grouchy, bullying old man in his upcoming film, Kapoor & Sons and this is what he’s going to look like.

According to source “Greg Cannom is a Hollywood special makeup effects artist done make-up for him. Cannom has been nominated for nine Academy Awards and has won three times for The Curious Case of Benjamin Button ( 2008), Mrs Doubtfire ( 1993) and Dracula ( 1992). He has also been nominated for seven Saturn Awards and received one.”

“When Karan ( Johar) and the director Shakun ( Batra) came to meet me, I suggested that they take Cannom because I had heard of him. I was not sure about this suggestion being agreed upon since it would be a costly affair, but Karan agreed even though he knew that this would cost him around Rs 1.5 to Rs 1.75 crore." Said Rishi Kapoor

Shakun and I met up with Cannom and discussed the look and we decided that it would be a mix of Rishi Kapoor and A K Hangal’s look. The actor added