On International Women’s Day, Ariel India joins women across the country in asking Dads to #ShareTheLoad! 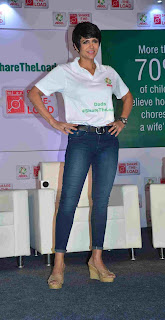 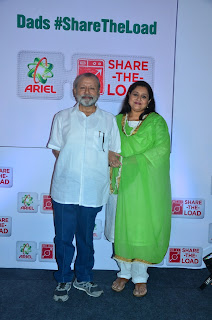 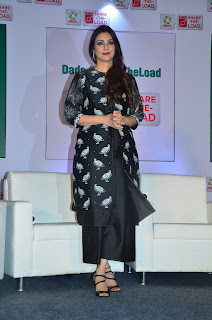 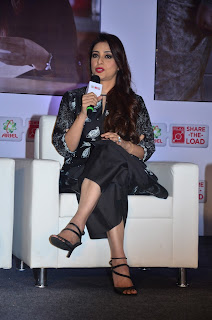 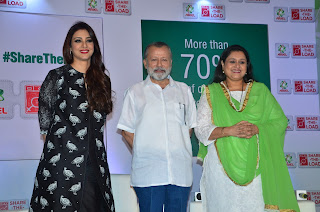 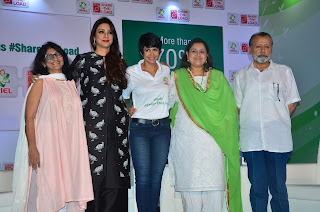 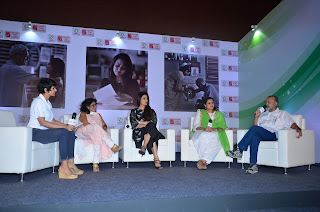 March 8th, 2016, Mumbai: The conversation of inequality within the household, particularly when it comes to housework and chores is one of growing social importance for women across the country and indeed the world. In India alone, more than 80% of women believe that - men feel household chores are ONLY a woman’s job**! Ariel India was proud to join the conversation on – Is Laundry Only A Woman’s Job? back in January 2015.

As the social debate continues to evolve, a new study by an independent third party reveals that 2 out of every 3 children believe that household chores are a mother’s job*, with the stereotype of gender roles being passed down from one generation to the next. With more than 70% of men believing that laundry and housework are their wife’s job*, the message of gender equality within the household takes even greater importance today. With the objective of supporting women in their debate, and bringing to surface this important social cause, Ariel India joins women across the country and indeed the globe in asking Dads to #ShareTheLoad on this International Women’s Day.

Pankaj Kapoor, Supriya Pathak, Tabu and Mandira Bedi, join the movement to end the stereotype of gender roles within the home!

Power couple Pankaj Kapoor and Supriya Pathak also graced the event, as Ariel India’s Dads #ShareTheLoad film continues to build worldwide acclaim with over 25MM views since launch. “Supriya and I are delighted to be here today on Women’s day and join Ariel India in this very important conversation”,  said the veteran actor who went on to add, “we as a society need to prevent the social conditioning of gender roles from being passed down to the next generation. As someone who does #ShareTheLoad at home and has been for many years, I can say that it is key to a happy marriage! I am hopeful that this powerful TVC will encourage husbands and dads across the country to join this movement and set the right example for the next generation.”

The ever graceful Supriya Pathak noted the importance of how the next generation is affected by the role play within the home, “2 out of every 3 children taking away the message that laundry and housework is a mother’s job, is of grave concern! We need to remove the stereotypes of gender roles from the education we provide the next generation both within and outside the household. I am glad that Ariel India has amplified this very important conversation both nationally and globally and thrilled to partner the Dads #ShareTheLoad movement. Pankaj and I have always maintained that household chores are a partnership, and that should be the message to the next generation!”

Bollywood superstar Tabu goes on to add, “I am glad to support and spread Ariel’s new message which encourages Dads to #ShareTheLoad. Ariel’s own study shows that a significant number of men believe laundry and housework are a woman’s job. As someone with many examples in my own family, where men and dads #ShareTheLoad, I think it important to amplify and spread awareness of this conversation. So this women's day "Gentlemen, “we love the flowers but also do the laundry please☺”

Commenting on the Movement, Associate Brand Director, Sharat Verma said, “Research shows that more than 70% of children today believe that household chores like laundry is only a mother’s job*. This prejudice of household inequality is being passed down from one generation to the next and Ariel’s movement aims at supporting women and men across the globe as they bring this issue to the forefront. In order to help drive change we are glad to join this conversation and encourage Dads to #ShareTheLoad! With Ariel, and get the best stain removal in 1-wash.” Bollywood actress Mandira Bedi, who has been a supporter of the #ShareTheLoad movement, goes on to add, “Dads and Husbands across the country can drive change by doing something as simple as the laundry load. Especially since anyone can do the laundry with Ariel, and you get the added benefit of best stain removal in 1-wash!”

The new film from Ariel India has more importantly received the support of women across the globe as they continue the debate on household equality.!  As articulated by Dr. Nandita Shah, Co-Founder, Akshara Centre, “The home belongs to all who live there. Each member should contribute and share the load to keep it running so that each one can also work outside the home in a productive and creative way”

You can join the Dads #ShareTheLoad Movement too!
Watch The Film -> https://www.youtube.com/watch?v=xogBz71IHAo
Follow us on:
Facebook: www.facebook.com/arielcompleteindiaTwitter: www.twitter.com/arielindiaFree sample: https://www.rewardme.in/tag/ArielShareTheLoad

About Procter & Gamble India P&G serves nearly five billion people around the world with operations in approximately 70 countries worldwide. P&G is one of the largest and amongst the fastest growing consumer products companies in India. Its presence pans across the Beauty & Grooming segment, the Household Care segment as well as the Health & Well Being segment, with trusted brands that are household names across India. These include Vicks ®, Ariel®, Tide®, Whisper®, Olay®, Gillette®, AmbiPur®,Pampers®, Pantene®, Oral-B®, Head & Shoulders®, Wella® and Duracell®. P&G operates through 3 entities in India of which 2 are listed on NSE & BSE. The listed P&G entities are: ‘Procter & Gamble Hygiene and Health Care Limited’ and ‘Gillette India Limited’, whereas the unlisted entity (which is a 100% subsidiary of the parent company in the U.S) operates by the name ‘Procter & Gamble Home Products Ltd.’ Please visit http://www.pg-India.com for the latest news and in-depth information about P&G India and its brands.

Sheryl Sandberg, Facebook's Chief Operating Officer, called it "one of the most powerful videos I’ve ever seen". Sharing it on her FB page, Sheryl Sandberg added, “When little girls and boys play house they model their parents' behavior; this doesn’t just Impact their childhood games, it shapes their long-term dreams. In this #ShareTheLoad campaign, Ariel India, show fathers and husbands can take small steps (like doing laundry) to create more equal homes. The real win is the way they are changing stereotypes and showing that a more equal world would be a better world for all of us”.

Melinda Gates, who has previously voiced the importance of equality between the sexes, including personally highlighting the fact that - In India women spend about 6 hours on household work, where men spend less than 1 hour, said of the film on her twitter page, “When men and women challenge the assumption that household chores are women’s work, everyone benefits #ShareTheLoad”.

Akshara Centre inspires young women and men to become gender advocates, change makers and leaders in their communities by using innovation, capacity-building, networking and technology. Since its launch in 1995, Akshara has consistently worked with women for their empowerment through educational scholarships, building skills and understanding rights. Men are trained in the prevention of violence, to recognize their own privileges and work towards equality. Through collective actions and advocacy, we work towards a Safe, Inclusive and Sustainable Mumbai City.