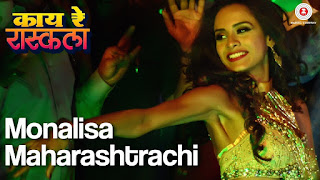 After the foot tapping Yaari song, Kaay Re Rascalaa's rocking & sizzling item number 'Monalisa' is out to set the Marathi audience on fire, the song launched digitally will make you start grooving for sure.

Speaking about this track, The Groovy item number “Monalisa” is composed by Rohan Rohan and hummed by Saavni Ravindra, Disha Pardeshi gyrates enthusiastically and tries to add oomph to the song. Monalisa has attracted Nikhil Ratnaparkhi and Nagesh Bhosle in the song and will definitely make entire Maharashtra dance on her rhythm. The song is designed to be a typical nightclub anthem, time will tell if people lap up this song.

After Making people fall in love through the “Kohinoor” song and making them recall the bond with their friends through  “Yaari”song, Purple Pebble Picture’s 'Kaay Re Rascalaa' is going to make them dance on this item number Monalisa, setting the social media on fire.