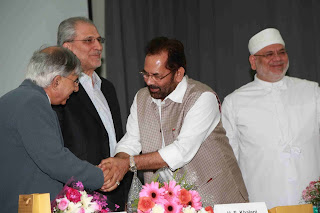 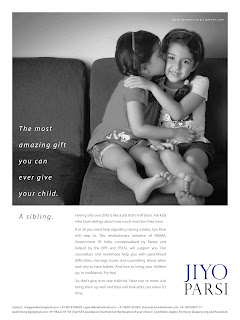 29thJuly 2017, Mumbai: The Parzor Foundation and Madison BMB along with Bombay Parsi Panchayat, TISS, Mumbai and Federation of Zoroastrian Anjumans of India today launched the “Jiyo Parsi”                Phase-II campaign.
The Hon'ble Minister for Minority Affairs Shri. Mukhtar Abbas Naqvi presided over a gathering of eminent personalities and released the campaign. Also present on the occasion was the Consul General of Iran, H.E. Masood E Khaleghi  and renowned actress Parizad Kolah Marshall who both spoke on the importance of the Launch and Programme.
The Jiyo Parsi Scheme launched on 24th September 2013 is unique, not only in India but to the world.
What is Jiyo Parsi?
The Jiyo Parsi Scheme is initiated by the Ministry of Minority Affairs (MOMA), Government of India, to reverse the decline in the Parsi population by adopting scientific medical protocols and structured interventions, to stabilize and increase the population of Parsis in India.
The Parzor Foundation along with other Parsi organizations and many reputed doctors across India is working to spread awareness on the sociological, psychological and medical issues which have led to the critical decline in numbers, to make Parsis benefit from the huge advances in ART (Assisted Reproductive Technology) available today.
As India’s population more than tripled in over 60 years, the number of Parsis has reduced by almost 50% and is now less than 57,264 (Census 2011).
This is the First Time in the World that an intervention is being attempted to bring an urban, educated community back from the brink of Demographic extinction.  Between September 2013 and today, 101 babies (for Parsis, a blessed number), have been born under the scheme and for many more couples, the Scheme has been 'Truly a Miracle', 'Our Silver Lining', 'At the End of Every Tunnel there is Light'. With the full support of the Ministry of Minority Affairs (MOMA), Jiyo Parsi been able to turn despair into delight. 'Jiyo Parsi appeared in our lives as a ray of hope....., the Jiyo Parsi Counsellor gave us the courage to try one more time, with God's blessing we are parents of an energetic baby today'.
These Testimonials are only one part of the story. From infertility to grand-parenting, Jiyo Parsi has become a Movement to bring back the happiness of family, a faith in the future and a firm belief in the resilience of the Parsi Zoroastrian community. We can proudly say that even children declare 'Jiyo Parsi'.
Says  Dr. Shernaz Cama, the prime mover of the scheme, “As we enter our next Phase, we look ahead to carry the community with us, old and young, to think outside the box and be the pioneers in reviving a community; let us know that every step we take can make a difference.”


Whilst Phase-I of the campaign, created by Sam Balsara’s Madison focused on awareness of Jiyo Parsi and sensitizing the community and its youngsters to the issues in a  tone of voice that ensured virability of the campaign, the current Phase-2 consists of 12 ads and is focused more on trying to persuade young Parsis to get married and have children for a better balance to  their own life. Raj Nair, CEO and Chief Creative Officer of Madison BMB, the agency behind the creative execution of the campaign says, “After the huge success of the deliberately tongue-in-cheek last print campaign, we have created a new rendition.  We have continued to focus on issues especially relevant and meaningful, like togetherness, the importance of family, that having children is joyful and doesn’t come in the way of life at all, that there is no positive outcome to choosing to be alone and so on. The hope is that the issues touched upon will clearly resonate with young Parsi people in a completely positive manner.” Madison BMB has been involved with the project since inception.